So here's what happened: I went camping in Joshua Tree National Park a couple weeks ago. On the first night, we went for a night hike, headlamps or flashlights, in the open desert with a faint glow from the half moon and billions of stars. The area had weedy clumps and spiky shrubbery scattered among rocky clusters and uncompromising joshua trees, and it's where we searched for jack rabbits, coyotes, foxes, roadrunners, snakes, scorpions, or whatever else might strike our fancy.

A ways behind me, I could see little yellow and orange glimmers representing a few campfires remaining at our campsite. The campsite was huddled in a circle around a tower of boulders and rocks - the type notorious for the park. Not far beyond the campsite were jagged rocky "hills", silhouettes cutting into the lighter-shade atmosphere.

I suddenly saw a light in one of the jagged rocky hills - like a bright star of its own - its immediate ascent into the sky at a 45 degree angle, completely silent, with a consistent speed and straight path. As the light ascended, its brightness would fade at times, so that if its shape were - cough cough - a saucer, it would make sense that the light faded because the saucer tilted slightly in its ascension. Up and up, disappearing into the dark distance.

The next morning we wanted to see if we could find anything out in that rocky hill. We found a hiking trail on the other side of the campsite leading to some adobe ruins from maybe a hundred or more years ago. The trailhead had a sign with some information about the ruins. But most strangely, it was entitled We Have Contact. We made it to the ruins without much incident, but we didn't stop there. Here's a member of our group, Abdul Mazid, taking a photograph in the direction of the flying object from the night before: 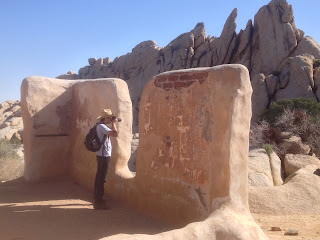 Here are the others wandering around: 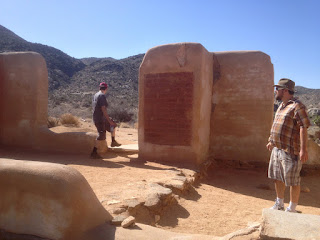 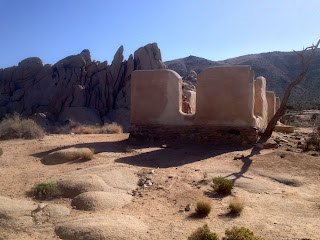 We continued hiking beyond the adobe ruins, and as we neared a crest in the path, we heard noticeable but unidentifiable breathing sounds up ahead. We stopped moving. At first, I thought, perhaps a dying rabbit. Then I thought: a dying person??? We inched forward, and then Scotty announced, "Two turtles having sex!"

Indeed. Here they (tortoises) are: For all we know, based on our vantage point from the night before, this was the exact spot where the flying object began its ascent. If not the exact spot, it was damn near.

One creative thing leads to another. The following are Thought Process paintings Nos. 14 through 19 of the series, 8" x 10", oil on acrylic sheet... 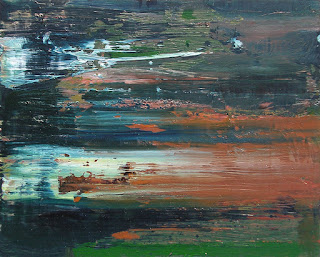 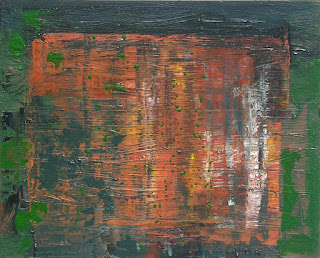 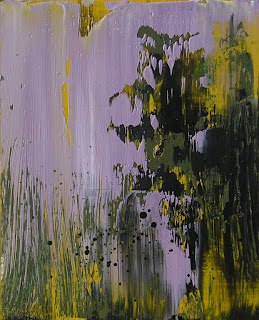 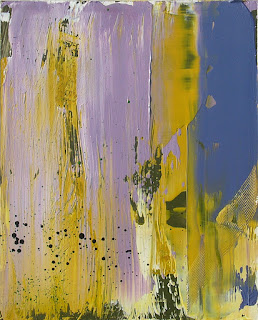 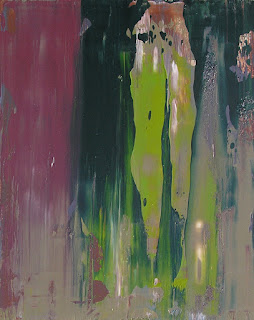 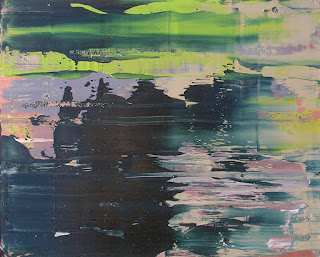 Thank you for reading about the paintings, sculptures, drawings, works in progress, reviews, Doodle of the Day, and other art by Los Angeles artist Lucas Aardvark Novak. To see older blog posts and other doodles, click HERE :)
Posted by Lucas Novak at 10:00 AM