Doodle of the Day - Camping On Catalina Island 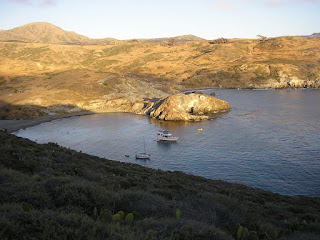 Catalina Island, off the coast of southern California, is a beautiful place. A few friends and I went there to camp over the weekend. We each loaded our tents, sleeping bags, food, and supplies in our hikers' backpacks, took the boat ride over to the island, and got on a bus to our campsite. 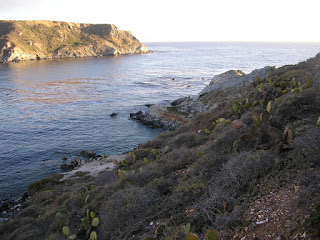 Just off of those rocks, in the above picture, I caught a decent size calico bass in the middle of a kelp paddy (using a swimbait lure), good enough to filet and cook over the campfire. Overall, the trip was a great success - hot sun, some hiking, some kayaking, and lots of lounging around. In the midst of my lounging, I contemplated island life. But these thoughts reminded me of Lonesome George, and his unfortunate departure from our world about a week ago, after over a hundred years of life.

Lonesome George was an island dweller on Pinta Island, part of the Galapagos Islands archipelago off Ecuador. He was a giant tortoise over 100 years old, the last of his subspecies, and the subspecies is now believed to be extinct after George died last week. Interestingly, the subspecies was already thought to be extinct until a biologist discovered George in 1971. This led to attempts to provide George with a mate. He lived in captivity with two female giant tortoises of a close subspecies, but for reasons unknown, never mated with them. George remained solitary and died alone.

I suppose theories have been thrown around for why Georgey never took a fancy to the ladies. Perhaps he was racist? Probably not. Maybe he was just too old?

As I sat on Catalina, these were thoughts that floated through my mind. And then I think the answer came to me in the Doodle of the Day: 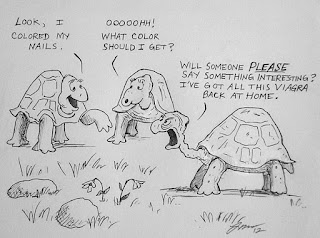 Thank you for reading about the paintings, sculptures, drawings, works in progress, reviews, Doodle of the Day, and other art by Los Angeles artist Lucas Aardvark Novak. To see older blog posts and other doodles, click HERE :) 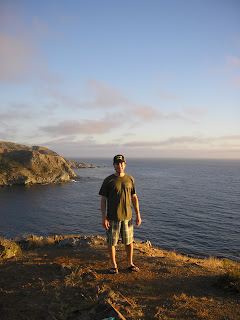