The Wetland in Winter 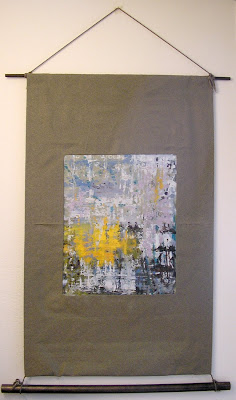 Influenced by ancient Chinese and Japanese painting, this work eliminates wooden stretcher bars and incorporates the decorative scroll presentation. But I have adhered to oil on canvas, rather than the ink on rice paper of traditional scrolls. And as the ancient eastern paintings often depicted objective and subjective representations of a nature scene, this work is a continuation of my abstract portrayals of an idea or feeling, moving beyond recognizable images and familiar forms that may be explained by language. It is giving form to something incomprehensible. 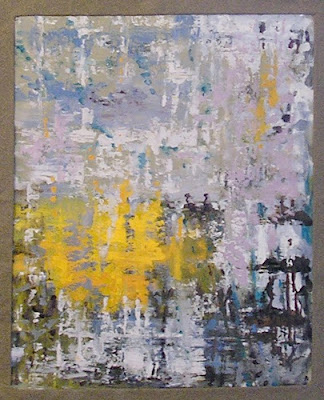