Visiting Rembrandt at the Philadelphia Museum of Art 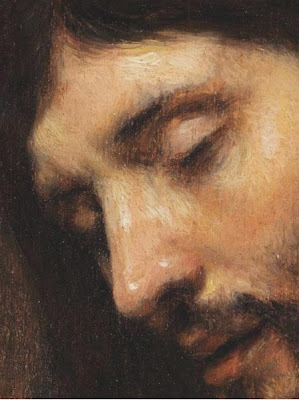 In the past week I visited both the Art Institute of Chicago and the Philadelphia Museum of Art. Each is world renowned for its gigantic collection of some of the greatest works of art ever created. Although I did not have enough time to give the Philadelphia museum an investigation in its entirety, I was lucky enough to visit when the museum was featuring the works of Rembrandt with Jesus as his subject. 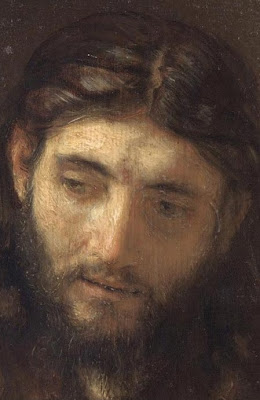 The show was smaller than a typical exhibition at a major museum, since many of the works included his drawings and works by his students, instead of the iconic paintings by the master himself. However, in the art displayed that was painted by Rembrandt, the show was a powerful declaration of faith — not just the faith in Jesus portrayed by Rembrandt, but our faith in the authority of Rembrandt’s painting hand. Rembrandt redefined the grand religious narrative scene as a subtle but powerful human moment.

The tablecloth alone in the following painting, The Supper at Emmaus (on loan from the Louvre), struck me as though Jesus himself touched the painting with his hand: 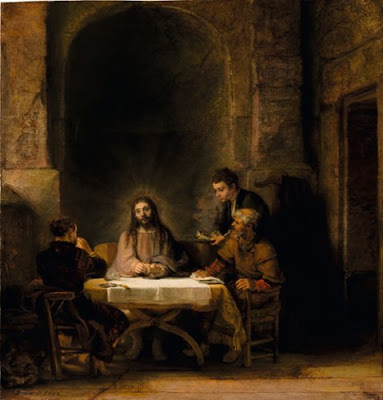 Even the life story of Rembrandt seems somewhat biblical. He accumulated wealth from his art, and in his later years he lost everything and declared bankruptcy. When Rembrandt died in Amsterdam in 1669, he was buried in an unmarked grave and disappeared as if his body never existed. But throughout his lifetime he provided the world with hundreds of revered paintings, drawings, etchings, and prints, artwork that continues to be revered today, like gifts from the Heavens. While the body of Rembrandt was just another person, buried and forgotten, the portal of Rembrandt led to sanctity.
Posted by Lucas Novak at 7:25 AM