Visiting the Art Institute of Chicago 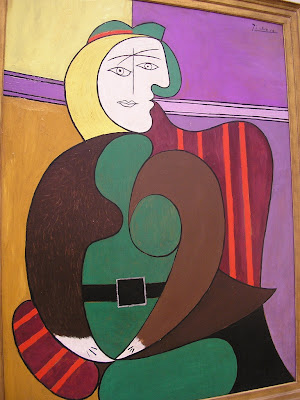 After visiting the Philadelphia Museum of Art last week and the statue of Rocky Balboa, I stopped in Illinois on my way back to Los Angeles and visited the Art Institute of Chicago. The Art Institute remains my favorite museum in the country with its mind-boggling collection of unbelievable artwork from all around the world.

Although it would be nice if the institute could add some more paintings by older Europeans such as Velazquez, Rembrandt, Vermeer, and da Vinci, certainly the small number of pieces by these artists is understandable considering the relatively low number of remaining works in the world, along with their high demand everywhere. Nevertheless, the stimulation from every room in the museum is both inspirational and exhausting.

When I first visited the museum years ago, I was struck, like a lightning bolt, seeing the above Picasso painting in person. Having only previously seen it in art books, I had never really thought it special until we met face to face. And then I examined it for two straight hours.

Certainly the reproduction on this little blog of some of the works I found to be most profound during my most recent visit does not do the paintings justice, but the following are images of some of them anyway...

A painting by Toulouse-Lautrec with sketchy lines and dripping paint depicting a moment in time, as though he passionately needed to get his vision onto the canvas before the moment passed: 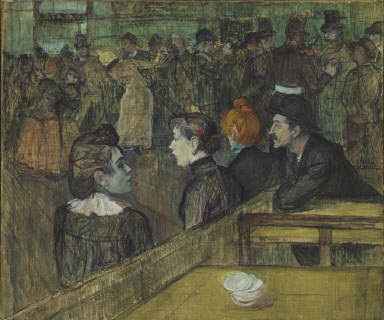 Another painting by Toulouse-Lautrec, a scene of interesting characters (which includes himself in the background) in a harmonious balance of color: 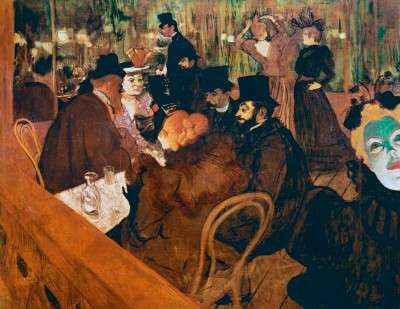 A painting by Degas (being viewed by my friend), capturing a woman performing the insignificant, dull act of trying on hats, yet a work of art which stands out across the room: 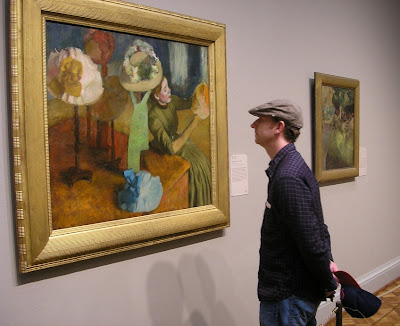 The museum also had an entire room filled with works by Gerhard Richter, probably the best painter alive today. The guard scolded me for getting too close to one of his paintings in an attempt to investigate the texture and dissect the process of creation. The following painting by Richter is bigger than life-size, and the way he was able to create a beautiful portrait, with completely blurred lines and blended paint, brilliant light and dark contrast, and rather uniform texture, is perplexing and intriguing: 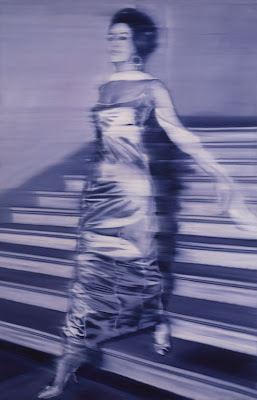 And a painting by Mondrian, very different from his flat grids and squares paintings for which he is most well-known: 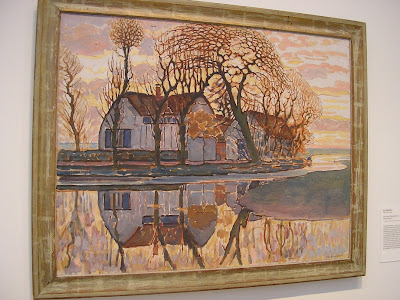 The visit to the museum was an all day affair, yet it felt as though I had only scratched the surface of what was to be discovered there. After a few hours, my mind was overwhelmed and my body was exhausted. There reached the point where I could no longer analyze the process of creation, nor comprehend what I was looking at. Quite an experience.

Thank you for following the studies and creations, the paintings, sculpture, drawings, works in progress, Doodle of the Day, and other art by Los Angeles artist Lucas Aardvark :) To see older blog posts click HERE.
Posted by Lucas Novak at 7:29 AM