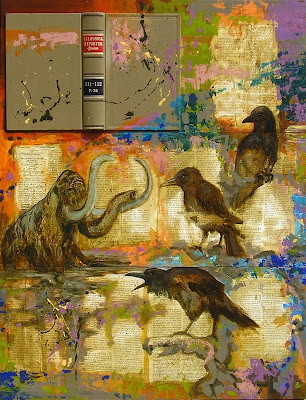 In continuing with the obsolete law book series, I have increased the dimensions, incorporating numerous vintage pages and a book cover. The two cases include: People v. Hawk, a California Supreme Court case from 1941, with Attorney General, Earl Warren, involving the death sentence of a man found guilty of killing another; and People v. Manson, a Court of Appeal case from 1976 involving the sentencing of infamous Charles Manson.

Interestingly, Charles Manson was found guilty of many murders while leading a murderous cult, yet at the time of his conviction, California was in a "limbo" stage in which it did not institute the death penalty, as it does now and did before. Thus, his death sentence was modified to life imprisonment.

As of now, the painting is untitled. This happens at times, after the completion of a work. It may only temporarily be untitled. Maybe after we spend some time together, she will tell me her name!

Untitled, 36" x 28", oil, vintage paper and book cover, on oil panel.
Here are some details of the work: 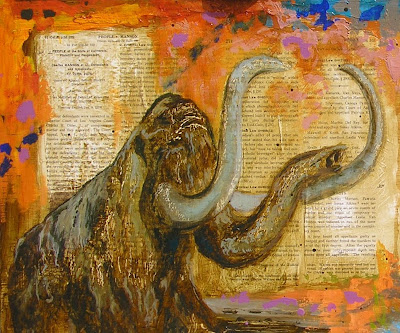 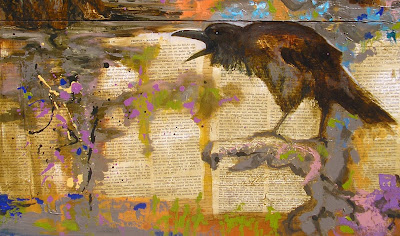 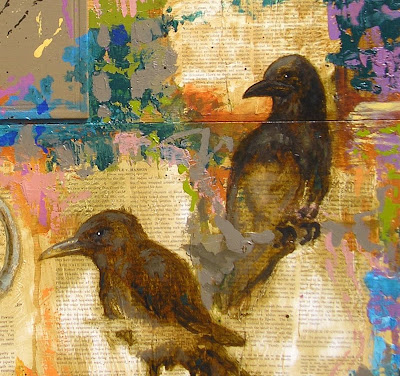