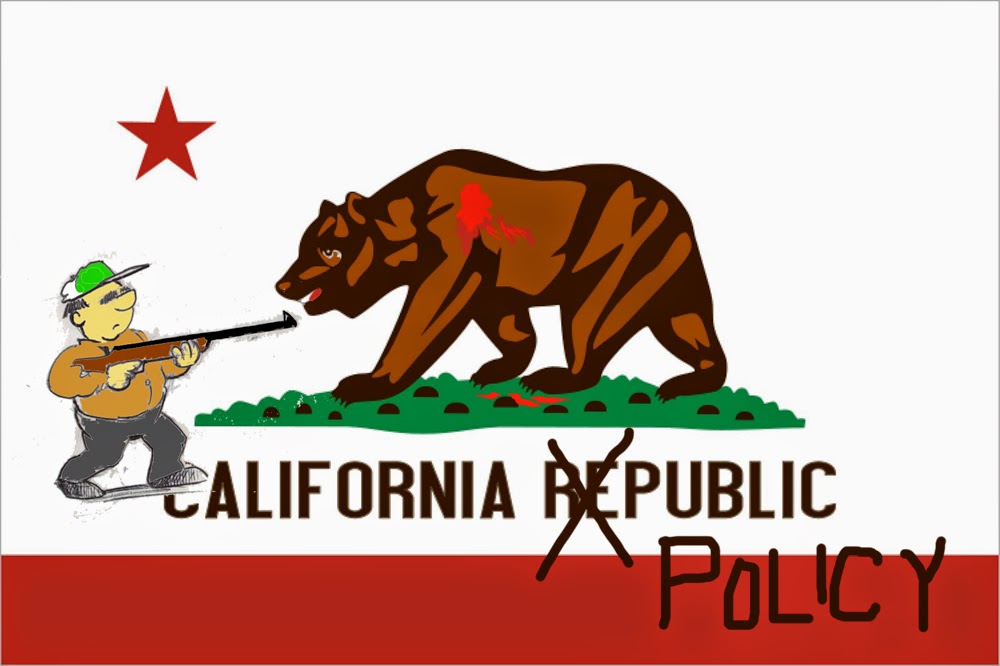 I've always found it strange that the California State Flag still features a grizzly bear. To quickly sum it up, here's an excerpt from the National Park Service website:

"The brown bear, also known as the grizzly, is on California state flag. So, why not look for it here in Yosemite? This is because there are no more grizzlies in California. When Euro-Americans arrived, they found a large population of grizzlies throughout the state. Grizzlies were perceived as a dire threat to life and property, and were killed in large numbers. By the early 1900s, few grizzlies and little of their prime habitat in the Central Valley remained. The last California grizzly was killed south of Yosemite in the Sierra foothills in 1922. . ."

So the question remains. . . A symbol of state pride?

To see all blog posts click HERE.
Posted by Lucas Novak at 8:30 AM